Are You a Sports Freak? Get To Know All About T20 World Cup Latest News Here! 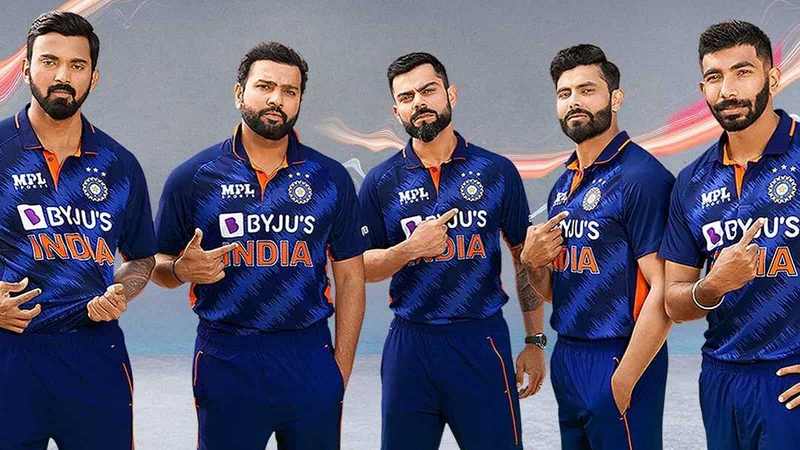 Ace pacer returns after three years as Shami replacement for Australia T20Is. After contracting COVID-19, Mohammad Shami will not play in the three-match T20I series against Australia.

It is all set that Shami will be replaced for the upcoming three-match series by the player Umesh Yadav. The 34-year-old, who last featured in the 20-over format in February 2019 against Australia, is back in India’s T20I lineup after an absence of more than three years.

Yadav has only played seven times for India, but he has been a reliable bowler in the India Premier League (IPL). He finished with 16 wickets in the most recent edition’s 12 matches, for an economy of 7.06, and his pace was especially dangerous during the Powerplay.

More recently, with 16 wickets from seven games, he led Middlesex in wicket-taking in the Royal London Cup. Due to a quad injury, his assignment was cut short; however, the bowler is now set to play his first white-ball match for India in more than three years.

Shami’s COVID-19 infection occurred just as he was about to make his T20I comeback, which is the worst possible timing. The 32-year-old was placed on standby when India revealed their team for the forthcoming major tournament in Australia because he hasn’t played in a T20I match since the T20 World Cup in the UAE.

Despite being out of favor for India in the shortest format, he returned to favor following a stellar IPL with the Gujarat Titans, for whom he took 20 wickets in 16 games during their championship season.

As the emerging steps of the T20 World Cup approach, it is found that the three-match series between India as well as Australia will be extensively important for both teams. In fact, the hosts have picked an almost identical team that will go to Australia for the competition next month.

While Mitchell Starc, Mitchell Marsh, and Marcus Stoinis will be out of commission for Australia owing to injury, it is anticipated that they will be back in action for the major competition. Tim David, who has been recalled to the Australian team in advance of the World Cup, will be the center of attention.

While supporting KL Rahul as the preferred option at the top of the order, Indian captain Rohit Sharma has said that Virat Kohli might be a possibility to open the innings for India at the ICC Men’s T20 World Cup 2022 in Australia.

Rohit Sharma, the team captain, and KL Rahul are two specialist openers who will be competing for India in the T20 World Cup. However, Virat Kohli has been mentioned as a possibility for the top of the order due to his stellar performance there in both international and domestic franchise cricket.

Rahul, who recently rejoined the Indian team following a protracted recovery from his injury, frequently appeared rusty throughout the Asia Cup. In five games, he scored 122 runs at a strike rate of 122.22.

In contrast, Kohli scored his first T20I century against Afghanistan in India’s final match of the tour from the opening position. The former Indian captain played well throughout the competition, finishing second in run scoring with 276 runs in five matches.

However, Indian captain Rohit Sharma firmly stated that KL Rahul would continue to be India’s top option at the top of the order. Rohit stated in a press conference prior to India’s T20I series against Australia, “He (KL Rahul) is a very crucial player for Team India. I just want to be clear that we have distinct thought processes.

“We are extremely clear about what KL Rahul brings to the table for us; he is a quality player and very vital for us. There is no mistake at all. For us, having him at the top is quite important, the Indian captain remarked, supporting Rahul.

Sharma, who claimed that he was the third opener in the lineup, was nonetheless open to the idea of Kohli moving up to the top of the order.

“Especially for us, we are highly aware of the extreme value that each of our players serves to the team. But certainly, that is an option (Virat Kohli opening) for us; we will always keep that in mind.

Since we haven’t chosen the third opener, Sharma continued, “It is definitely an option for us because he opens for his club in the IPL, and he has done pretty well.”

Virat Kohli is our third opener, and he will open in some of the games, Sharma continued when explaining the batting order. We were pleased with his performance in the last Asia Cup game.

The Indian captain had also added, “But KL Rahul will be starting the batting in the scheduled World Cup; his performance often goes relatively unrecognized.

The T20I series between India and Australia gets underway on September 20 at Mohali before shifting to Nagpur on September 23. The last T20I game will take place on September 25 in Hyderabad.

Then, as they step up their preparations for the T20 World Cup, India will play South Africa in a three-match T20I and three-match ODI series.

These were some of the t20 world cup latest news that happened this year. All the exclusive pieces of information mentioned above must have served you with the necessary details about the T20 matches.

Know all about cricket betting and updates at CBTF betting. Get the updated expert betting tips at https://cricketbettingtipsfree.com/.

Check out our videos to get the latest useful information about winning betting tips, casino tips, and expert opinions at CBTF Tube. Visit https://www.cbtfmytube.com/.

Previous articleCheck Out All About the Virat Kohli Fight in Cricket Match Here!
Next articleHere’s How You Can Win Cricket Betting Easily!