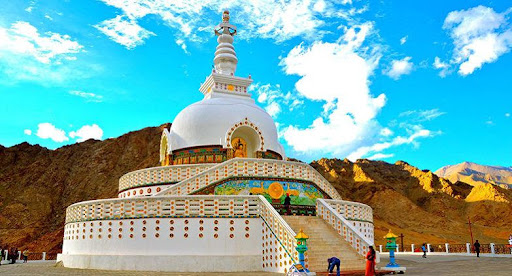 Known as the ‘Land of High Passes’, Ladakh is probably one of the most sought after tourist destinations in the country. Among the many reasons that make this place famous is the unparalleled scenic beauty and serenity of the mountains and valleys. This is what inspires nature lovers to set out to explore this region in all different ways. This article gives a brief insight to the Leh Ladakh tours.

Scope for trekking and hiking:

The mountains and valleys in Ladakh provide ample opportunities for trekking and camping, and a significant number of trekkers and mountaineers visit these treks every year. Opular treks in Ladakh include the Chadar trek, the Parang la trek, the Markha Valley trek, the Stok Kangri trek, the Tso Moriri trek to name a few. These treks will lead one through several valleys and open meadows, grasslands, streams and waterfalls, forests as well as cold barren lands, and are one of the most adventurous and exciting treks in the country. All of these treks are unique and special in their own way. Known for the different and distinctive features of the mountains and terrains, these Leh Ladakh treks are also one of the most sought after treks in the country and have their admirers from all over the world.

Another special feature of the Leh Ladakh treks is the adventure and thrill that these treks come with. Walking along narrow and stiff terrains and over frozen river trails will give one all the adrenaline rush and thrill. The harsh climate at such a high altitude adds to the list of difficulties. Yet, they are again one of the most popular treks in the country, owing to the breathtaking views of the snow laden mountains and valleys that they offer. Apart from all these, one also gets to explore the rich variety of flora and fauna of the region, which even includes some rare and endangered species of plants and animals.

The rugged terrains in Ladakh also have ample scopes for bike trips, and rightly so, the Leh Ladakh bike trip is every biker’s dream. The bike trip will lead one through some of the most adventurous routes in the country, and is definitely not meant for the faint hearted. The Leh Ladakh bike trip usually begins from Leh, and covers places like the Sham valley the Nubra valley, Khardung la and Chang la, confluence of the Indus and Zanskar rivers, the Pangong lake , the Cyclop’s hill (popularly known as the Magnetic hill) and so on. Each of these places is known for their own unique features. While the Khardung la pass has the world’s highest all season motor-able road at an altitude of about 5,359 metres; lake Pangong at a height of about 4,350 metres is the highest saltwater lake in the world; and the Cyclop’s Hill is where nature defies gravity.

Apart from all these, other notable attractions of the Leh Ladakh bike trip include the Hall of Fame (having memoirs of the Indo-Pak wars), world’s highest river rafting point at the Indus- Zanskar river confluence, Gurudwara Pathar Sahib (a revered Sikh shrine), the white sand dunes at the Nubra valley, rides on the two-humped camels (only found in Ladakh), the Shyok river at the Indo- China border, and world famous monasteries like Thiksey and Namgyal Tsemo.

There is no better way than bike trips to explore a place and feeling connected to nature at the same time, and the Leh Ladakh bike trip is a perfect example for that. The ride will let one witness the rich natural biodiversity of the region, along with its mesmerizing scenic beauty. Taking one through the swirling roads along the narrow and steep terrains, grasslands, streams and waterfalls, forests and cold deserts all in one domain, the Leh Ladakh bike trip deserves to be a bucket list trip for every nature lover. Another reason which makes the Leh Ladakh tours so special is that one gets a chance to closely experience the rich cultural heritage and tradition of Ladakh- in its food, clothing and lifestyle.

The perfect time for the Leh Ladakh tours would be during the summers and autumns, i.e. during the months of May to October. The monsoons especially make the tours quite difficult, owing to slippery roads and frequent landslides. The entire region gets covered in snow during the winters, and becomes completely inaccessible for trekking and biking.

Ladakh has emerged to be one of the most popular tourist destinations in the country, owing to the breathtaking views and tranquillity of the mountains. Despite the challenges that come along, nature lovers set out to explore this region, and what one gets in return is truly a rewarding and fulfilling experience.