The Usefulness and Various Applications of Laminated Glass 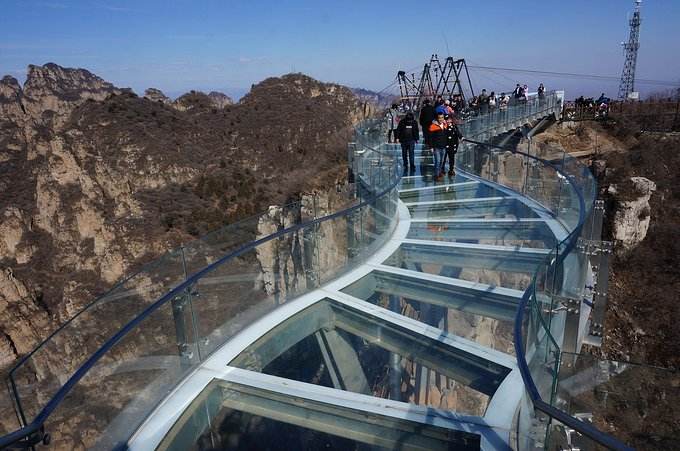 Both residential and commercial building projects frequently employ glass. As there are new innovative glass replacements, traditional glass, which was formerly known for its fragility, has been transformed into a robust, flexible, and long-lasting material capable of performing complicated tasks. Laminated glass is one of the most capable components of the glass collective. Learn about laminated glass and how it can protect your eyes from harm.

Laminated Glass- What Is It?

Laminated glass is a type of processed glass that may be substituted for regular glass. It features a structure that is long-lasting, strong, and tough to break. It’s a break-resistant glass, so if it breaks, it’ll stay in the structure rather than disperse. For a robust, long-lasting connection, laminated glass is made up of two or more glass sheets held together by an interlayer. Polyvinyl butyric acid (PVB) is a widely used media (PVB). The PVB medium bonds to the glass’s underlying sheets and holds them together during a catastrophic impact, producing a single, robust layer.

There are several advantages to using Laminated Glass, including:

Glass is brittle and easily shattered. Ordinary glass shatters into many, sharp fragments in the case of a fracture or an accident, causing serious and often deadly injuries. As a result, laminated glass has grown in popularity. Laminated glass is widely known for its strength and resistance to breaking. In laminated glass, a unique PVB intermediate absorbs energy while preventing penetration. The glass can shatter under tremendous pressure, however, the shattered glass will remain entirely connected to the intermediate rather than breaking like regular glass. This reduces the likelihood of an accident.

While natural light is soothing, too much of it can induce overheating. To decrease heated air flow, laminated glass can be used in conjunction with low E or tinted glass. Because of the diminished harsh sunshine, air conditioners will be used less frequently. Your energy usage, as well as your power costs, will be reduced.

Pollution, trash, and other hazardous environmental contaminants do not affect laminated glass. Laminated glass, when combined with UV-absorbing materials in the middle layer, may shield the interior of your home from harmful UV radiation. UV rays are not only dangerous to your health, but they also have a deterrent effect.

Laminated glass is effective in noise absorption. Laminated glass, which decreases external noise by 90%, may be used to remove external noise. Effective noise control is required if your company is located near a highway, railway station, airport, or an area with nightclubs. For this reason, it is also denoted as a fact that can also help you out in this situation. To make the decoration of the commercial setting, this also resides in the topmost position and entrepreneurs are going to search for the options like this. This is also going to be the topmost product that you can choose.

Because of its strength and break resistance, laminated glass is utilized in a range of residential and industrial applications. Laminated glass’s security feature comes in useful in high-security areas like financial institutions, money exchange services, jewellery shops, galleries, and so on.

To increase security, laminated glass should be used in areas of residential and commercial buildings that are prone to fraud, burglary, and criminal activities. In areas where break-ins are more prevalent, laminated glass will be very useful.

Mornglass.com specialises in laminated glass. We’ll help you select the right glass for your needs and have a team of skilled experts double-check the whole installation process. We offer you a customer support feature so that you can reach us whenever you need it.