What are Money Bills(Article 110) in India? 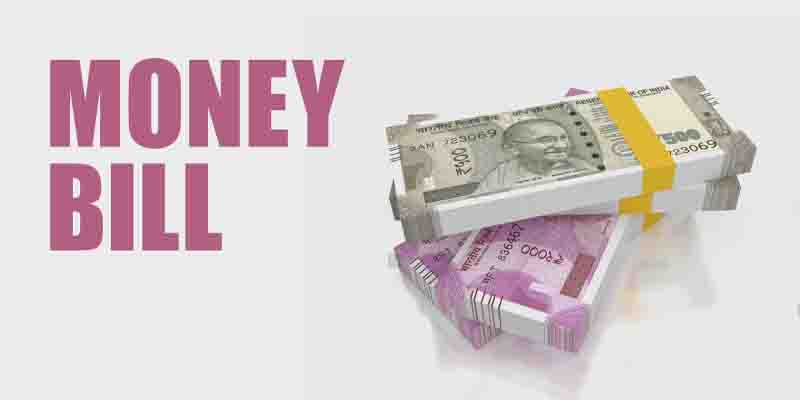 A money bill is defined in Article 110 of the Indian Constitution. Money bills are focused on financial concerns such as taxation and government spending. The bill is vital for Indian politics and government because it addresses many important issues such as the Aadhar Bill and the Insolvency and Bankruptcy Bill. Questions on this topic have repeatedly appeared on the IAS Exam. The topic ‘Money Bill’ is essential for all three parts of the examination: preliminary, mains, and interview.

On that note, let’s learn everything about money bills from its definition and provisions to stages of passage and the difference between ordinary bill and money bill in detail to help IAS aspirants for UPSC Political Science preparation.

Article 110 of the Constitution states that a “Money Bill” is “a proposed law including primary provisions dealing with all or any of the subjects thereof.” There are only a few requirements for a measure to be labelled as a money bill.

Stages Of Passage Of Money Bill