What title should you give to your paintings? 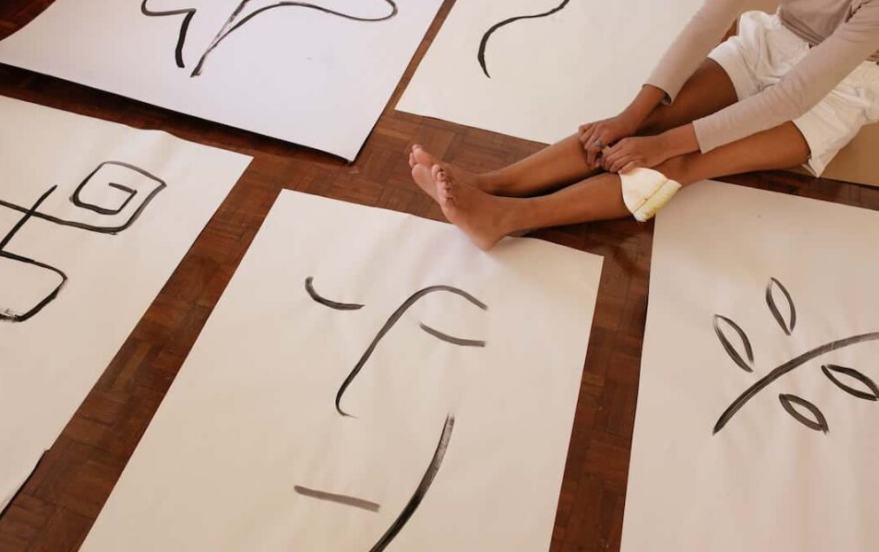 Figure out how to best prepare the canvas for painting. Identify the best oil colors. Master the chiaroscuro technique once and for all. Learn how to blend acrylic colors. These are the classic questions of those taking their first steps in the world of painting, concrete questions linked to the material act of painting and the use of brushes, colors, and supports. After a while, however, other questions arise, which no longer have to do with the creation of the painting and drawing ideas itself but rather with its management. Here is a question like this: How to give a title to a painting?

But above all, and even before: to give or not give a title to our paintings? Why yes, and why not? Today we will see together the exciting universe of the names of paintings to understand how an artist should face – or not face – this task.

When did you start giving titles to works of art?

Works of art haven’t always had a name. Moreover, for many centuries, the appointment of cadres was not a necessity. Up to a certain point, the circulation of works of art was minimal, with most paintings being made to order and then finding space in a specific building. There were no exhibitions, personal exhibitions, promotions, galleries, and so on: giving a name to a painting, in this sense, was utterly useless.

Only when the works of art began to circulate slowly did they start to give titles to the works, with a surge of this habit during the last three centuries. For centuries, therefore, the paintings have been practically anonymous: many of the paintings that we know today through precise names, as we will see shortly, have been “baptized” by other people, perhaps centuries after their actual realization.

Who gives the titles to the paintings?

Who gives the titles to the paintings? The painter, of course. But no. Of course, most of the time, the artist gives the title to his work. Other times, however, the title is given by someone else: by a gallery owner, by the curator of the exhibition, by the buyer, by the public, and so on. Think for example of Monet’s painting “The woman in the green dress”: this title was given by a critic, where the artist had decided to call the work “Camille,” in honor of his first wife. The latter between the other was the protagonist of Monet’s paintings and Manet and Renoir.

Why not give a painting a title

We understood, therefore, how the world of titles of works of artworks. It is a modern habit, which does not find constant references in the past, and which in any case is not based solely on the will of the artist. In any case, the artist could also choose not to give a title to his works of art at all. There is no shortage of reasons for making this choice. In the first place, history itself can be taken as an argument to support this decision: as we have seen, the history of art has not known the titles of the works for centuries.

But that’s not all. Even from a market perspective, the artist doesn’t have to give a name to the works. If work should become known or even crucial in a more or less distant future, most likely the name – where necessary – will be fixed by someone else, be it a showroom proprietor or an art expert. You could also choose not to give a title to a painting not to influence the observer in any way, and therefore the public. Not infrequently, in museums as in galleries, we see many people who, before casting their eyes on the painting, carefully read the plate on the side: first, in short, the caption, and then the painting. In doing so, according to some, the experience of the public is filtered, influencing not so much the judgment but rather the understanding and interpretation of the work.

Why give a painting a title

Giving a title to each work is undoubtedly a good habit. Because? Because in this way, while sacrificing a bit of the observer’s freedom, it is possible to give the public a way of reading, which can even be indispensable in abstract works. It does not mean that a title must necessarily thoroughly explain a painting: it can indicate a possible interpretation, or on the contrary, it can create a sort of bewilderment as if that same title were the last brushstroke that gives meaning to work.

The title can enrich or even upset the meaning of a painting or a work of art: think of Duchamp’s Fountain, Courbet’s Origin of the World, and so on. With the title, it is also possible to indicate to the public what is the critical aspect, for the artist, of that work: think of Whistler’s “Gray and Black, No. 1: Portrait of the Painter’s Mother”, quoted in Italy sometimes as “Arrangement in Gray and Black.” The painter’s intention, in this case, was to direct the observer’s attention to the relationship between colors. However, it does not take away that later this painting was often called more quickly as “Whistler’s Mother.”

How to give a title to your painting: some advice

There are many tips around this issue. As always in the art world, advice must be taken with pliers and very lightly, as the rules are made to be broken or bent to our will. It is the basis of an artist’s spirit of research. Many will tell you never to leave a painting anonymous. Others never, ever use numbers (for example, “Painting n.8”). Still, others never use too long and challenging titles.

It is all true, but some paintings have become famous that the artist has chosen not to baptize, as well as important works with the title consisting of a simple number (also here, for example, it is possible to quote Pollock) as well as masterpieces universally recognized with anything but short titles (such as the title “Snow Storm – Steam-Boat off a Harbor’s Mouth Getting Signals in Simple Water, and running by the Administration. The Author was in this Passion on the Night the” Ariel “left Harwich” by William Turner).

There are, therefore, not many tips that apply to all cases. Sometimes it is good to follow the inspiration of the moment, thinking about the moment of the day, the place where you are while painting, and the sensations you feel and want to convey. Or you can choose to “play” with the audience, with a title that adds a whole new meaning to the painting, or to be vague (but it’s risky).

Previous articleHere are the beautiful flowers you should give on a birthday according to the month!!
Next article EATING HABITS THAT AID WEIGHT GAIN